Fashion's Night Out 2010....Again it will be Timeless Cool

Just in case you missed last years... you shouldn't miss this years, especially for those of us you love retail!!! 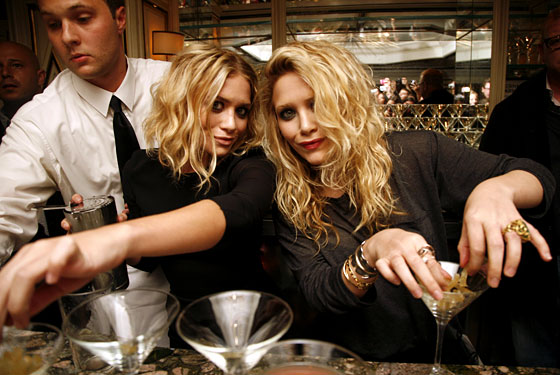 from last year's event...the Olsen's bartending at Bergdorf Goodman (photo from the Cut)
Fashion's Night Out.... taken from their Facebook  Page


ABOUT FASHION’S NIGHT OUT:Fashion’s Night Out (FNO) is an unprecedented global initiative created to celebrate fashion, restore consumer confidence, boost the industry’s economy, and put the fun back in shopping. For one night last September, in New York City and twelve other cities around the world, designers, celebrities, models, and fashion editors staged exciting, one-of-a-kind events in stores open after-hours to the public. Shoppers were able to see Sarah Jessica Parker singing standards with Oscar de la Renta, Mary-Kate and Ashley Olsen tending bar, as well as Michael Kors, Justin Timberlake, Kate Hudson, Rihanna and Gwen Stefani (just to name a few) at various stores throughout NYC supporting the industry. Retailers saw a surge of new shoppers and increased sales, while customers relished the street-party atmosphere.

FASHION’S NIGHT OUT 2010:FNO will return to New York City and launch in cities nationwide this year on Friday, September 10, from 6 p.m. to 11 p.m. Last year, in NYC alone, more than 800 participating stores across the five boroughs feted thousands of shoppers who supported the fashion and retail industries—we expect this year’s event to be even bigger and better, with a lot of fun surprises!

FASHION’S NIGHT OUT ON A GLOBAL LEVEL: In the United States, FNO is a collaboration between American Vogue, the Council of Fashion Designers of America, NYC & Company, and the City of New York. Around the world, countries led by at least fifteen international Vogueeditions, will once again participate in the festivities. Nations including Australia, Britain, China, France, Germany, Greece, India, Italy, Japan, Korea, Portugal, Russia, Spain, Taiwan, and Turkey, each country will tailor its Fashion’s Night Out celebration to appeal to its unique retail environment.

CHARITABLE ENDEAVORS: A percentage of the sales from the Fashion’s Night Out T-shirt will be donated to the NYC AIDS Fund. Be sure to check back in August for retailer information and locations.

CBS SPECIAL: The making of Fashion’s Night Out will be the subject of an hour-long, prime-time special on CBS, Tuesday, September 14, at 10 p.m. EST. Cameras will follow celebrities, designers, editors, and retailers as they prepare for year two of FNO, taking viewers behind the scenes during months of intense planning and tracking the night itself as it unfolds across the globe. This special will also look beyond the glamour to the real-life implications at stake, focusing on the individuals working in all parts of the industry, from salespeople to design staff, for whom the vibrancy of the fashion business is a question of economic survival. You won’t want to miss it!

STAY IN THE KNOW: Throughout the months leading up to the big night, you can check back for updates on the FNO website and on FNO’s Twitter feed by following @fnonyc.
Posted by Timeless Cool at 6:00 AM