I forgot to mention in my last post Mr. Guixé new design for Alessi.
The 24th Sentence Maker Clock  and the "Blank Wall Clock".

In Alessi's new product brochure, it refers to Martí Guixé as describing himself provocatively as an "ex-designer" emphasizing his aversion to the stylized and formalistic approach. Rather than always trying to reinvent some new form that fits into traditional interpretations of function within existing typologies, he engages in the practice of researching new ways of looking at objects, of thinking about them and methods that can encourage peoples' active participation and spirit of reinvention! 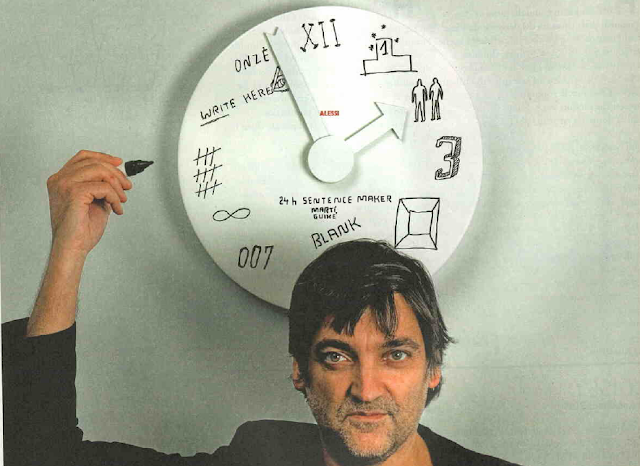 "Communicating not only with objects but also with other people through the objects"!
I think this is pretty cool.... 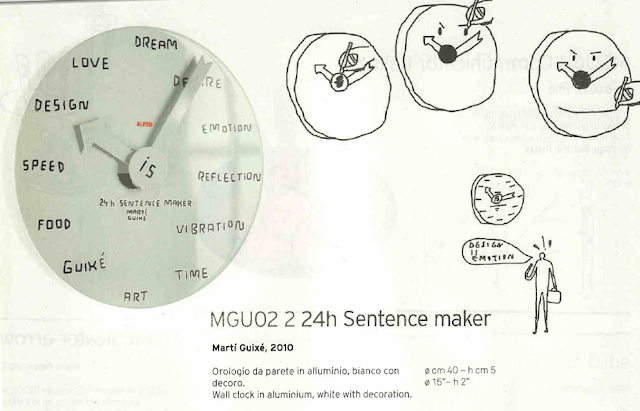